A Russian woman who gave her Russian soldier husband permission to rape Ukrainian women during Vladimir Putin’s invasion has been placed on an international wanted list.

The woman identified as Olga Bykovskaya, has been placed on state, interstate, and international wanted lists by the Ukrainian authorities.

She was investigated by law enforcement officials after it was revealed that she was the woman instructing her husband to rape occupied Ukrainians – as long as he didn’t tell her and used protection.

The Security Service of Ukraine (SSU) has completed the pre-trial investigation.

Her actions were found to violate Article 27.2 of the Convention on the Protection of the Civilian Population in Time of War and the Geneva Conventions.

She faces a prison sentence of up to 12 years and a preventative measures in the form of detention was chosen and can be applied after her arrest.

In April, Kyiv’s security forces released an audio clip of a conversation between a couple, who were identified as Roman Bykovsky and his wife Olga Bykovskaya by Radio Liberty.

In the recording, the woman is heard telling the man that he has her permission to rape Ukrainian women while he is serving in Russia’s invading forces, so long as he does not tell her and uses contraception. 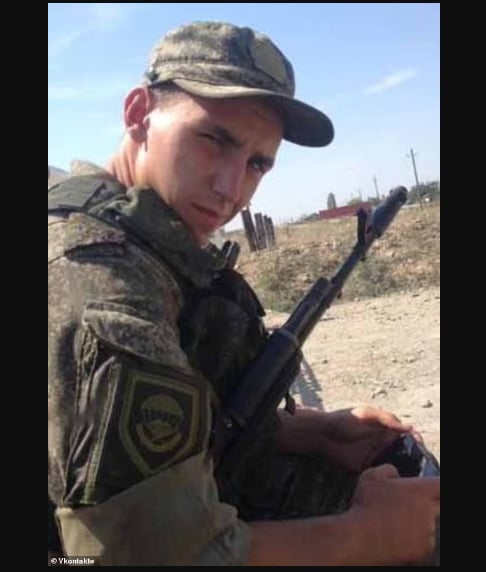 The shocking 30-second clip was released on April 12 as Ukraine’s president Volodymyr Zelensky accused Russian troops of carrying out ‘hundreds of rapes’ including sexual assaults of small children in his country.

The audio clip shared by the Security Service of Ukraine (SBU) opened with the blue and yellow title: ‘SECURITY SERVICE INTERCEPT: Wives of Russian invaders allow their men to rape Ukrainian women.’

The voice of a woman, believed to be Olga Bykovskaya, is then heard: ‘So yeah, do it over there,’ she says. It then becomes clear what she is agreeing to.

‘Ukrainian women there. Rape them. Yeah. Don’t tell me anything, understand,’ she adds with a shy laugh.

A man’s voice – believed to be that of Roman Bykovsky is then heard. ‘Uh-huh,’ he says.

‘So I should rape and not tell you anything,’ he asks, clarifying that the woman is giving him permission. 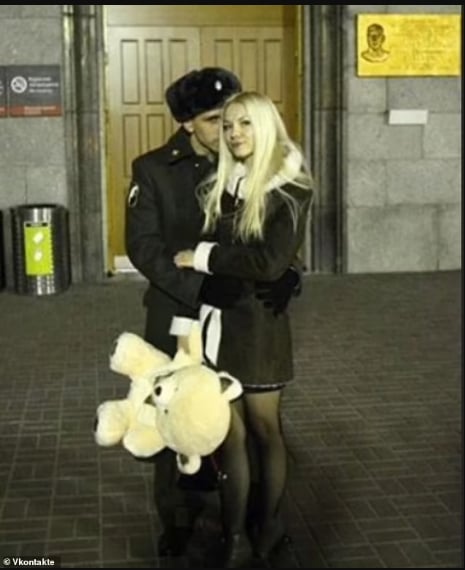 ‘Yes, so that I wouldn’t know anything,’ the women’s voice says, before they are both heard laughing this time. ‘Why do you ask?’ she adds.

‘Can I really?’ he asks again.

Just use protection,’ she adds.

Investigative journalists at Radio Liberty worked with law enforcement in Ukraine to track the phone involved in the call, with one of the numbers being traced to the Kherson region in April.

The investigators then found that the two phone numbers were linked to two accounts on Russia’s VKontakte social network – belonging to 27-year-old Roman Bykovsky and his wife Olga Bykovskaya – both originally from Orel in Russia.