South Korea’s President, Yoon Suk-yeol declared a period of national mourning on Sunday, October 30 after a Halloween crush killed some 151 people in a packed nightlife area in Seoul on Saturday.

Yoon expressed condolences to the victims, mostly teenagers and people in their 20s, and his wishes for a speedy recovery to the many injured.

“This is truly tragic,” he said in a statement. “A tragedy and disaster that should not have happened took place in the heart of Seoul last night.” 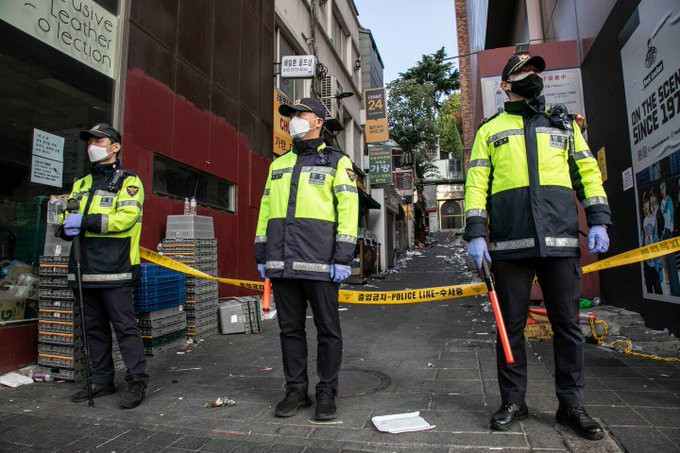 A huge crowd celebrating in the popular Itaewon district surged into an alley on Saturday night, emergency officials said, adding the death toll could rise.

Choi Sung-beom, head of the Yongsan Fire Station, said 151 deaths had been confirmed, including 19 foreigners. He told a briefing at the scene 82 people were injured, 19 of them seriously.

Singer, Tems Causes A Stir With Her Dance Moved During Performance At Recent Event (Videos)

It was the first Halloween event in Seoul in three years after the country lifted COVID-19 restrictions and social distancing. Many of the partygoers were wearing masks and Halloween costumes. 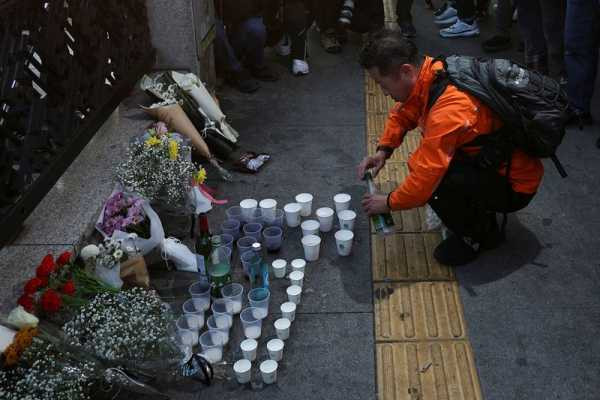 Early on Sunday morning, costumes and personal belongings mingled with blood were spotted in the narrow street. Survivors could be seen huddled under emergency blankets amid throngs of emergency workers, police, and media.

Many of those killed were near a nightclub, Choi said.

Many of the victims were women in their 20s, while the foreigners killed included people from China, Iran, Uzbekistan and Norway, he said.

Witnesses described the crowd becoming increasingly unruly and agitated as the evening deepened.

Chaos erupted just before the 10:20 p.m. (13:20 GMT) stampede, with police on hand for the event at times struggling to control the crowds, witnesses said.

Itaewon is one of the most popular neighbourhoods in Seoul for a night out. Locals and foreigners flock there every weekend, but Halloween is one of the busiest nights of the year.

An estimated 100,000 people came to celebrate there on Saturday to mark the first Halloween since the start of the pandemic where gathering sizes were not limited and people did not need to wear masks outside.

Dozens have died in a Halloween street party crush in Seoul, South Korea. Media is reporting the number deceased to be in excess of 100. pic.twitter.com/FjfTCpmJ6D